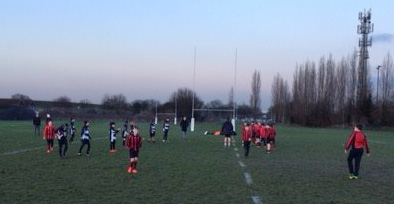 A depleted Three Rivers side took to the field to face Therfield at Esher Rugby Club. The weather was cold but dry and Three Rivers started incredibly well, dominating the ruck and the collisions. Reece Larsen (captain) was a menace again with ball in hand and and scored 3 tried to give Three Rivers a convincing lead. Alex Cronje scored an excellent long distance try where he outpaced the covering defence to score in the corner. Therfield did start to make their mark on the game by scoring 2 tries. Amyar Murad, who carried the ball well throughout the game and made some effective off loads crashed over for a try. Lloyd Kean also went over for a try to cap of an excellent team performance.

Similar to us Therfield had some inexperienced players who are new to the game, and a credit to them that they persevered to the final whistle. We may face tougher opposition on Monday when we face St. Andrew’s.

We hosted the district basketball tournament that involved the following schools:

The tournament was supported by Surrey Scorchers and our sixth form basketball academy players who did an excellent job officiating and keeping score for each match.

This evening we faced a tough and experienced opposition in the form of St. Andrew’s. They had some powerful forward runners and some quick agile backs, who from the kick off started causing us problems. Three Rivers started slowly, and the pressure from St Andrew’s told as we went 3 tries down. Eventually we clawed our way back into the game, maintaining possession at ruck and Luca’s vision and excellent passing released Oliver Butler to outpace the cover defence for a well worked try. St. Andrew’s instantly replied with some lapse defence and positioning from the kick off to allow a simple try for the opposition. Again we staged a number of fight backs with further tries from Oli Butler, Reece Larsen, Lloyd Kean (man of the match), Luca Jafrato and Alex Cronje.

The better team on the night prevailed and St. Andrew’s ran out 9 tries to 5 winners, but the standard of rugby was high and we are improving game by game. 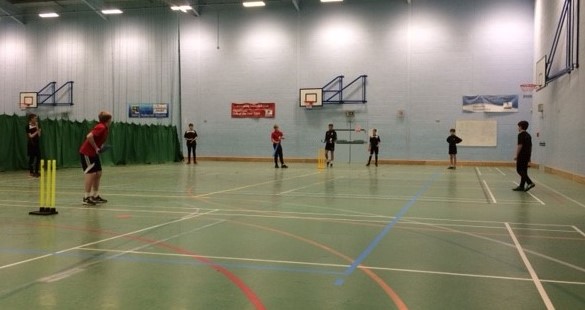 Three Rivers year 8 cricket team travelled to Ashcombe School for an indoor sports hall cricket tournament organised by Surrey County Cricket. With 6 schools involved, there were two separate leagues of 3 teams. In our league, we were to face Ashcombe and Matthew Arnold A’s.

First game we faced the hosts Ashcombe who batted very well and scored 65 runs on 6 over. Oliver Heather and Tyler Welch opened the batting, but the strength of the Ashcombe bowlers showed, and we were all out for 16.

Next we faced Matthew Arnold A’s. They opened the batting and scored 36. In the next innings our batters were put under immense pressure by their bowlers and they dismissed all 6 for just 6 runs.

Finishing 3rd in our league we then played a 5th v 6th place play off against Matthew Arnold B team. We won the toss and battered first, scoring an impressive 69 runs. We then saved our best bowling until last and bowled them all out for 16 runs. 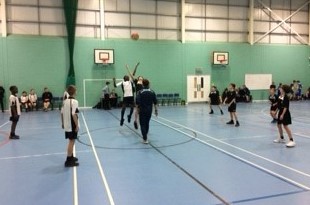 Three Rivers travelled to St. Andrew’s School in Leatherhead for their first district basketball tournament. There were 5 schools there; Three Rivers, Blenheim, Epsom and Ewell, St. Andrew’s and Esher High. After a quick warm up we were straight on court to face Blenheim, who definitely had height on their side. It was a close fought game but Blenheim just managed to grab the won with 1 basket. Next we faced Esher High and the boys demonstrated their shooting skills with Jayden Frias scoring 8 points and Michael Hutson 2, thus we won the game 10-0. After a short break we took the court against Epsom ad Ewell who had some talented individuals. This was a very even encounter and the draw was a fair result, with both teams defending stoutly. The final game of the evening saw Three Rivers take on the hosts St. Andrew’s. We took an early lead through a great lay up from Harvey Jelley, who then scored a second basket to make the score 4-0. St. Andrew’s then pressed their attack and were eventually rewarded with a basket of their own (4-2). We defended very well, put fouled their shooting player in the last seconds to give them a free throw to even the score. He missed his first one, and then got his second, making the score 4-3. We closed out the game for the final second and won 4-3. Once St. Andrew’s send out the final league positions I will let you know. But 2nd or 3rd looking likely.

An great game of football, with Three Rivers winning the game 5-2. A spirited performance by Three Rivers who converted scoring opportunities and competed well for the duration of the match. Cobham kept the ball for longer periods with an excellent display of passing and interplay, but our defence coped well under the pressure with Liam Wilkins, Luke Bennett, Tyler Welch and Aaron Madigan holding their shape and absorbing the Cobham attacks. But it was Three Rivers that looked the more dangerous in attack, with the longer ball cutting through the Cobham defence to allow our forwards to show their pace and get in behind their back four. An excellent man of the match performance for Archie Morris to score his hattrick from midfield and also goals from Olivier Karpiej and Shane Carter to secure the 5-2 win.

On Wednesday 13th February a Year 7 athletics team took part in a District indoor sports hall athletics competition at Esher High. There was a variety of sprint and longer distance races, hurdles, plus some indoor ‘field events’ like the shot, triple and long jump and also a timed speed bounce event, as well as boys and girls relays.

Three Rivers did well, winning both the boys and girls 4 lap race and some of the field events. Overall positions: girls finished 5th and the boys in 4th place.

With a very depleted team through illness and absences we recruited some year 7s to fill in the gaps and faced a very able St. Andrew’s team. We were immediately under pressure with St. Andrew’s dominating possession and attacking us at will. It wasn’t long before the goals started trickling in and eventually the flood gates opened and we went in at half time 9-0 down. At half time we discussed ruling a line under the score line and improving our second half performance and raising our intensity in defence to reduce the time that their players had on the ball.

The improvement in our game was instantaneous as we harassed them and showed a vigour that we lacked throughout the whole of the first half. We defended stoutly with Oliver Butler in goal, Austin Tiffin at centre back and Jacob George-Liqourice competing in almost every challenge we shut out countless waves of their attack and even looked dangerous on the break. It wasn’t long before we scored our first goal, a long ball and a neat finish from Jayden Abdul followed by a second before the final whistle by a Shae Barton.

Similar to the England Rugby game against Scotland, this was very much a tale of two halves. Putting the first half aside (9-0), to come out and win the second half 2-1 was a fantastic achievement and the boys should be very proud of their resilience to raise their game after such a demoralising first half. Many thanks to the players (especially the year 7s) who played so well and competed against some very skilful St. Andrew’s players.

Our school-based
PGCE could be for you.